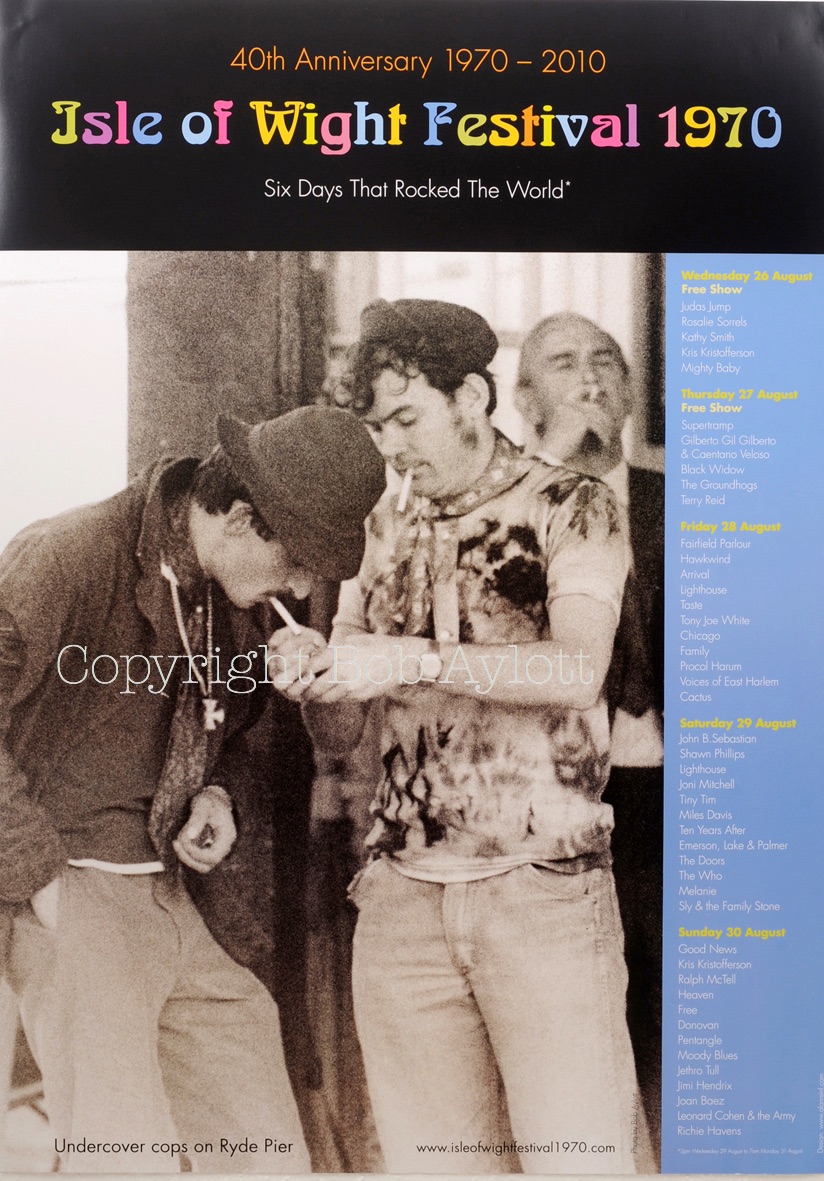 Fantastic poster image of the 1970 Isle of Wight Festival

Taken during the Isle of Wight Festival in 1970

The posters also feature a list of the artists that played,

including Jimi Hendrix,The Doors, The Who, Miles Davis,

Donovan, Joni Mitchell and many more!

They were produced for the 40th anniversary in 2010

We also have a poster featuring Jimi Hendrix at the

his last UK performance before his sad,

- please see our other items, thank you.

We have other posters of various images