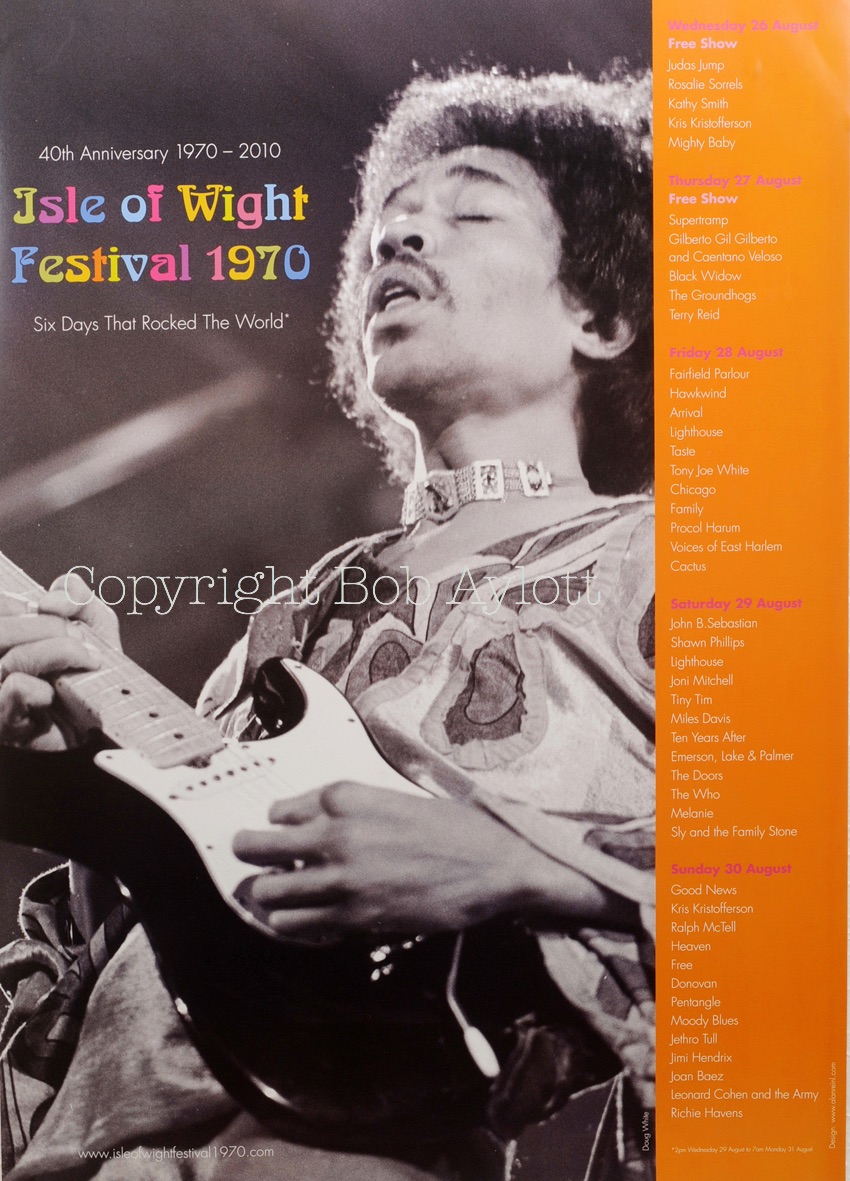 Taken at the Isle of Wight Festival in 1970

This was Jimi Hendrix's last UK performance before his sad,

The poster also features a list of the other artists that played,

including The Doors, The Who, Miles Davis, Donovan,

Joni Mitchell and many more!

It was produced for the 40th anniversary in 2010